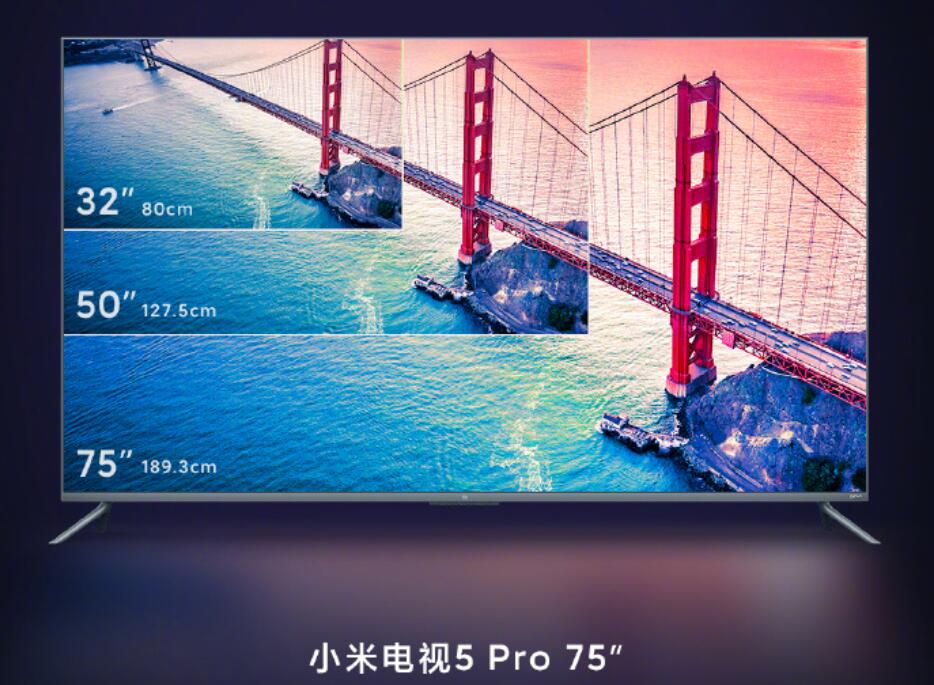 Xiaomi announced today that the 75-inch version of the Xiaomi TV 5 Pro will be available for sale for the first time on March 13. Starting at 10 o'clock on March 10, users can make pre-orders on all major e-commerce platforms in China.

Compared with the previous generation, Xiaomi TV 5 has improved in all aspects of the overall design, TV picture quality and smart home.

To this day, the Xiaomi Mi 5 Pro 75-inch version finally ushered in its first sale.

In terms of design, the Xiaomi Mi TV 5 Pro 75-inch version still maintains the appearance of an ultra-thin full-screen TV, with a full-screen design, with a screen ratio of up to 97%.

Its frame is an integrated bent metal frame, as thin as 5.9mm; the thinnest part of the whole machine body is only 10.9mm.

It is equipped with a 4K quantum dot screen with a color gamut up to NTSC108% wide color gamut; it has passed HDR 10+ certification.

In terms of functions, it is equipped with PatchWall artificial intelligence TV system and has massive TV APP content support; it also supports lightning projection screen, family album, video call and other functions.

The 75-inch version of Xiaomi TV 5 Pro has officially entered the era of 10,000 yuan, which is also part of the high-end strategy that Xiaomi insists on this year. I look forward to seeing the actual performance of this TV.