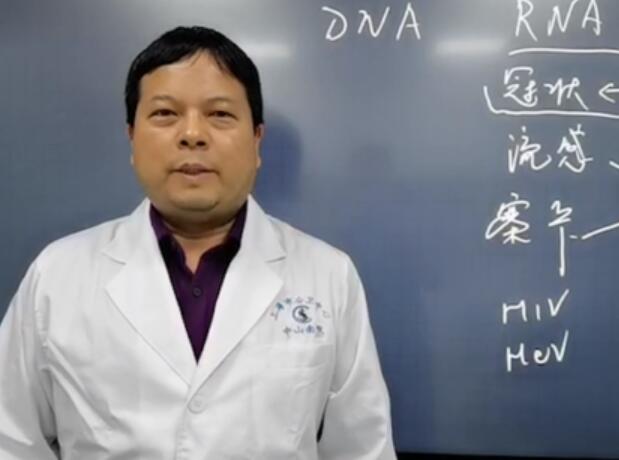 A team of scientists in Shanghai attempted to explore a safer human cell-based vector vaccine for the new coronavirus (Covid-19) and completed the first injection. However, the immune effects of human-derived cell vaccines and whether they can ultimately succeed still face challenges.

In response to the epidemic, we need answers and methods from science and technology. Since the outbreak of the new coronavirus pneumonia, China's scientific research team has set up a special vaccine research and development class to steadily advance vaccine research along five technical lines.

Relevant animal trials are currently at an advanced stage. If preliminary data show good results, this promising vaccine will soon be pushed to clinical trials.

On February 26, Xu Jianqing, a researcher at the Shanghai Public Health Clinical Center, injected himself with a new coronavirus nucleic acid (DNA) vaccine. About two weeks later, he will also receive a second injection.

According to Yicai.com, Xu Jianqing, the second vaccine is a bit special, it is the world's first vaccine using human cells as a carrier.

Xu Jianqing is the director of the Institute of Emerging and Reproducible Infectious Diseases, Shanghai Public Health Clinical Center, and the main leader of the institution's new coronavirus vaccine team.

Today, nucleic acid vaccines have been tested in mice, and animal tests for primates are ongoing; human cell-based vector vaccines have also been successfully prepared.

In an interview with Yicai.com, Xu Jianqing said that his team has developed about 10 vaccines in total. According to animal test design, in the first round of vaccine screening, mice have completed all two injections of vaccine, and preliminary results show good results.

According to the preliminary results of the mouse test, on February 18, in the second round of parallel vaccine control trials, researchers have injected the first immunization vaccine into monkeys and will receive a second injection of human cell vaccine in the next week.

Different from the existing traditional vaccine technology research and development path, Xu Jianqing chose a vaccine development method that he had envisioned 20 years ago, using human-derived cells as a vector to express the S protein of the virus on the human cell membrane. This can greatly improve the safety of the vaccine.

This method of trying to express the spinous protein on the surface of the virus on human cell membrane does not seem to be complicated. "On the one hand, this method retains an effective target for forming antibodies against the virus, while avoiding the pathogenicity of the virus itself, and achieves a fast, safe, and efficient overall."

The technical route of traditional vaccine development includes inactivated vaccines and attenuated virus vaccines. Generally, the virus is amplified in cells and further purified until the vaccine contains only the required viral components, but in these steps, the virus is active Yes, there may be a risk of disease.

And in the process of adding substances such as adjuvants, it also increases the risk of being harmful to the human body.

For human-derived cell-based vaccines, the risks associated with traditional vaccine development can be eliminated because the vectors themselves are derived from human cells.

Xu Jianqing told Yicai.com reporter: "Our vaccine vector comes from human cells and is not infectious, which is safer than viruses. It can also use new genetic engineering technology to modify its spike protein, and traditionally destroy Live and attenuated vaccines are difficult to do. "

On the other hand, human-derived cells as vectors can not only express viral proteins, but also express certain cytokines in the human body. In combination with specific inactivation methods, the use of adjuvants can be omitted. Achieve strong protection. "This is also very difficult to achieve on other current vaccine platforms." Xu Jianqing told Yicai.com.

At present, more than 20 vaccine research and development platforms around the world have not seen the emergence of such human cell-based vaccines. But scientists told Yicai.com that many laboratories have ways to implement this technology.

Paul McKay, an immunological expert at Imperial College of Technology, told a reporter at Yicai.com: "This is a very interesting way to mimic virions. It allows human cells to express a coronavirus protein and add this protein to the surface of human cells. Our Labs and many other laboratories can do the same. But if you just inject human cells that express viral proteins directly into the human body, this may not be successful. "

Professor McKay said that human cells also have many other proteins, so this method may not provoke a high immune response in the body. However, Professor Xu Jianqing told Yicai.com reporter that his team has applied this method to the development of influenza vaccines and AIDS vaccines about 5 years ago and conducted tests on primates. The immune response was obtained. Preliminary verification.

Professor Frederic Tangy, director of the Vaccine Innovation Lab at the Pasteur Institute in France, told Yicai.com reporters: "If this method is to express the S protein on human cells and purify it, then This is still a very classic method. But does human immunity cause rejection? The traditional method of avoiding rejection is generally using hamster cells and adding an adjuvant. "

Professor Tang Ji also proposed that S protein is a high-quality immunogen and can effectively induce neutralizing antibodies, so the trimer conformation of S protein is also an important issue. In this regard, Xu Jianqing told a reporter at Yicai.com: "The expression of viral membrane proteins on human cell membranes is the same as on viral membranes, with the same spatial conformation, and there will be no lack of effectiveness."

Since this human-derived cell vaccine has not yet been clinically verified, the safety and effectiveness of the human immune response remains to be verified. "This new type of coronavirus pneumonia provides us with an important opportunity to accelerate clinical trials," Xu Jianqing told Yicai.com.

At a press conference on the joint prevention and control mechanism of the State Council held on March 6, Zheng Zhongwei, director of the National Health and Medical Commission's Science and Technology Development Center, stated that by April, some vaccines in China are expected to enter clinical research or emergency use. In this regard, Xu Jianqing told Yicai.com reporters: "In terms of expansion speed, pilot production can be completed in April and there will be opportunities to enter clinical research."

If the human-derived cell vaccine is successfully developed, it will also become the world's first, which is a major innovation in Chinese technology. Xu Jianqing told Yicai.com reporter: "If in this R & D of new coronavirus vaccines, we still adhere to the old rules and follow the old path, then we will miss an excellent scientific research opportunity."

However, before there is sufficient data to prove the vaccine is effective, the Xu Jianqing team still needs to continuously screen and improve the vaccine components and methods through animal experiments. According to Xu Jianqing's vision, he hopes to use only the RBD protein in the receptor binding region of the S protein to activate the neutralizing antibody of the human body, thereby replacing the entire S protein. But there is still not enough data to support their decision.

"Data from previous studies suggest that antibodies in the non-RBD region may be harmful and cause antibody-dependent exacerbations. Ideally, only RBD is used as a target to induce neutralizing antibodies, which is more beneficial to elderly patients. If that doesn't work, you may want to expand the target range to the entire S protein, "Xu Jianqing told Yicai.com. The team is currently closely monitoring the experimental data.

Will this human-derived cell vaccine pioneered by Xu Jianqing's team be successfully commercialized? In his opinion, the most important work at present is to build a new production facility platform that is compatible with human-derived cell vectors. "As long as the platform is built and the production process is verified as soon as possible, it can completely follow the mature production process later." Xu Jianqing told Yicai.com reporter.

The construction of a new platform is essential for developing vaccines against other diseases in the same way in the future. Xu Jianqing told Yicai.com reporter: "We hope to turn the human-derived cell vector into a brand-new platform to promote the accelerated development of the entire vaccine technology. In the future, another immunogen can be used to develop other vaccines, which is also very Faster, not just coronavirus. "

Although there is no previous experience in commercializing human cell vaccines, Xu Jianqing has learned through exchanges with some vaccine manufacturers that the current vaccine vaccine development process from transportation logistics to preparation preservation methods has developed quite mature.

"I was most worried about the problem of vaccine preservation solution. Now it seems that the problem is not very big. These manufacturers have technical reserves." Xu Jianqing told Yicai.com reporter. He said that he hopes to make up for the possible delay in the exploration process by reducing the production time as much as possible.

He told Yicai.com reporter that because human-derived cell vaccines only need to undergo cell expansion, eliminating the steps of virus inoculation, expansion and purification, the production will be faster. The team also considered the use of high-energy radiation for inactivation without contaminating the vaccine.

At present, the Xu Jianqing team is already docking with downstream manufacturers. He predicted that the production capacity of vaccines could reach at least 50,000 to 100,000 copies in three weeks.