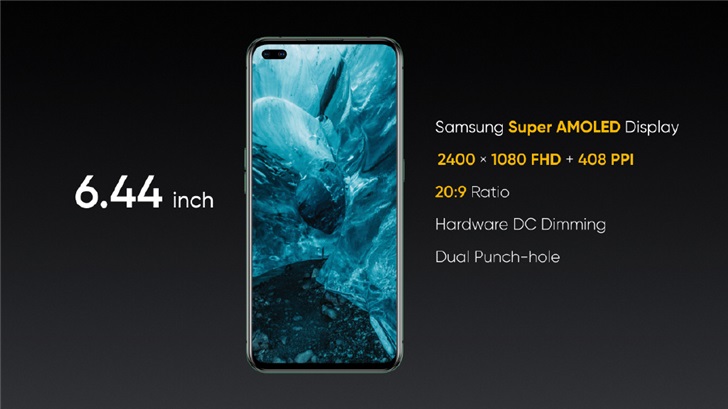 It supports under-screen fingerprints, with 6GB, 8GB and 12GB memory versions, supplemented by 128GB or 256 GB UFS 3.0 storage that supports TurboWrite and Host Performance Booster, with write and read speeds of 760 MB/s and 1900 MB/s respectively.

The X50 Pro is equipped with 64 million front and rear zoom six cameras and four cameras on the back.

The main camera is a 64-megapixel Samsung ISOCELL GW1 sensor with F/1.8, and an 8-megapixel F/2.3 ultra-wide-angle camera that supports PDAF and 119-degree viewing angles, and a 12-megapixel 2x optical zoom telephoto camera with F/2.5 , And finally a depth sensor for portrait mode. 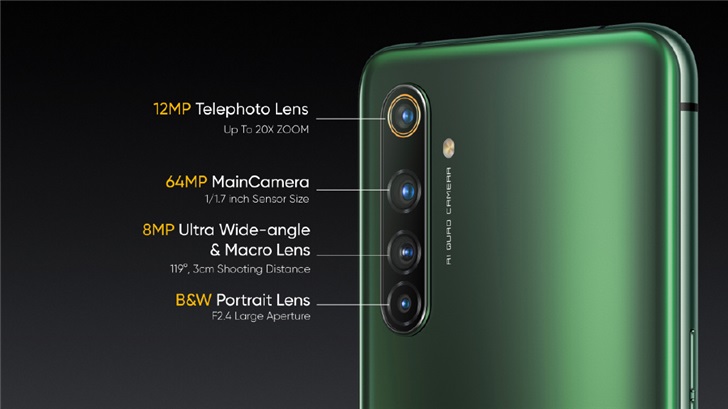 There is a pill opening in the front of the machine, which has two built-in self-cameras, a 32-megapixel Sony IMX616 sensor and an 8-megapixel ultra-wide-angle camera.

The Realme X50 Pro comes with a 65W SuperDart Flash Charge plug, which can fully charge the 4,200 mAh battery in 35 minutes and reach 60% of the charge in 20 minutes.

Its charger is a GaN charger, which means it is smaller and more efficient than the current Super VOOC 2.0 charger, compatible with 30W VOOC 4.0 flash charge and 18W QC/PD fast charge. 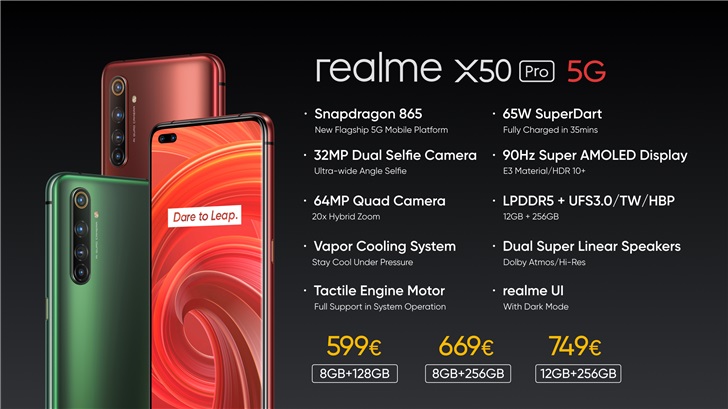 Realme X50 Pro is equipped with a new Realme UI, based on Android 10. Other highlights include Dolby Atmos + dual speakers, support for Wi-Fi 6, NFC and Google Pay, and a vapor cooling system.

Realme will hold a conference in China on March 12th, and the Realme X50 Pro has already opened an appointment in JD.com.