Because of the outbreak of the new coronavirus pneumonia, this is an online conference in Barcelona.

Yu introduced that Huawei's smartphone shipments have ranged from 200 million to 240 million, and revenue has continued to grow.

Huawei's "1 + 8 + N" strategy, that is, mobile phones + computers + IoT products, etc., and + is how Huawei connects them (for example, technologies such as Huawei share). 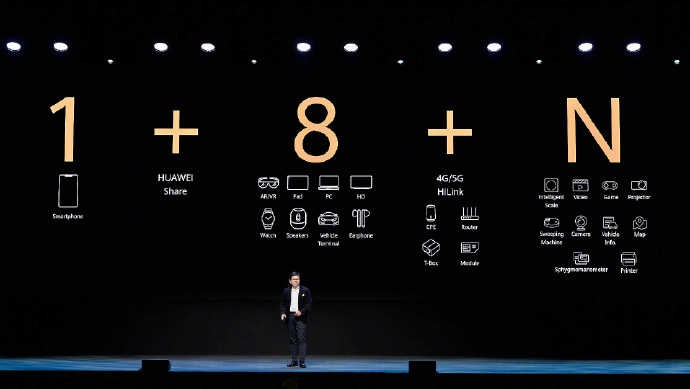 In 2019, Huawei's global shipments of 5G smartphones were 6.9 million units.