OPPO Find X2 will be released on March 6

OPPO planned to hold the OPPO Find X2 launch event in Barcelona on February 22. However, due to the sudden cancellation of MWC 2020, the OPPO Find X2 conference was also postponed to March. 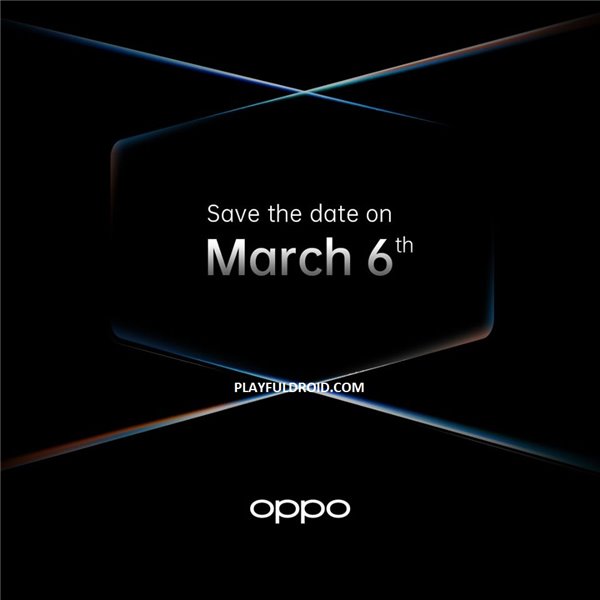 OPPO did not disclose the specific day of March, but Playfuldroid released a very reliable news today-OPPO Find X2 will be officially released on March 6.

Playfuldroid got the warm-up poster in advance, and OPPO Find X2 will be officially released on March 6. On the same day, we are likely to see the release of OPPO's new smartwatch.

OPPO Find X2 will be the company's first smartphone using Snapdragon 865. The smartphone has a 2K OLED panel and can support screen refresh rates up to 120Hz.

It is worth mentioning that OPPO Reno3 Pro will also debut in India on March 2.