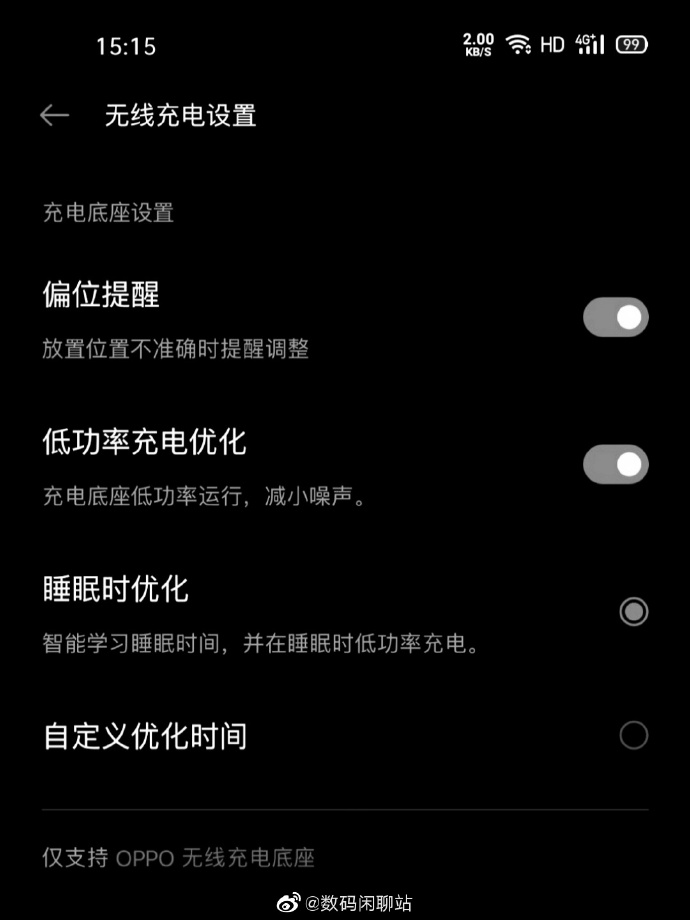 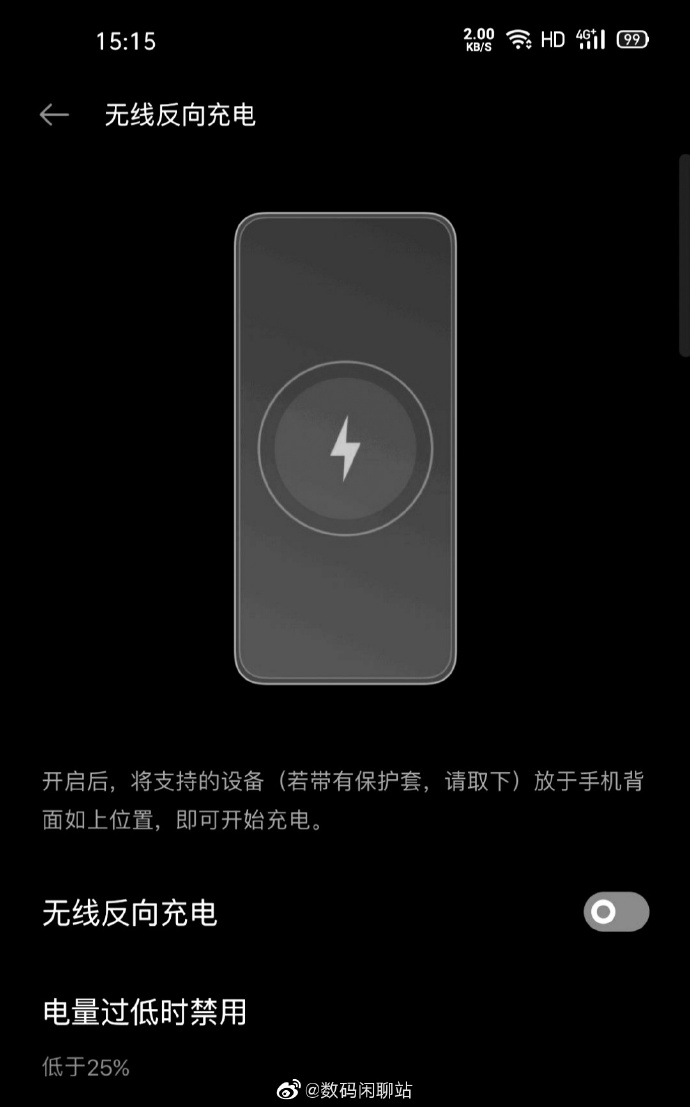 In addition, OPPO has divided the wireless charging function of Find X2, adding functions such as "disable when the battery is too low", "offset reminder", "optimization during sleep" and so on.

The bottom of the screenshot shows that OPPO Find X2 only supports OPPO wireless charging base.