Every year in the process of preparing to release the next version of Android, Google will release Beta and developer preview versions for this update, usually starting with Pixel devices. Today, the Google Android 11 Developer Preview page was briefly launched, earlier than expected.

Although we've seen hints for features like "Share to Print" and the Dark Mode plan, the improvements brought by Android 11 so far remain a mystery.

As discovered, now we have the first practical clue about Google's Android 11 feature set and when it will be available, thanks to a whole page dedicated to Android 11 Developer Preview.

Behavior changes-System changes may affect your applications running on Android 11.

On Android 11, it seems that folding screen devices will get more direct and explicit support. 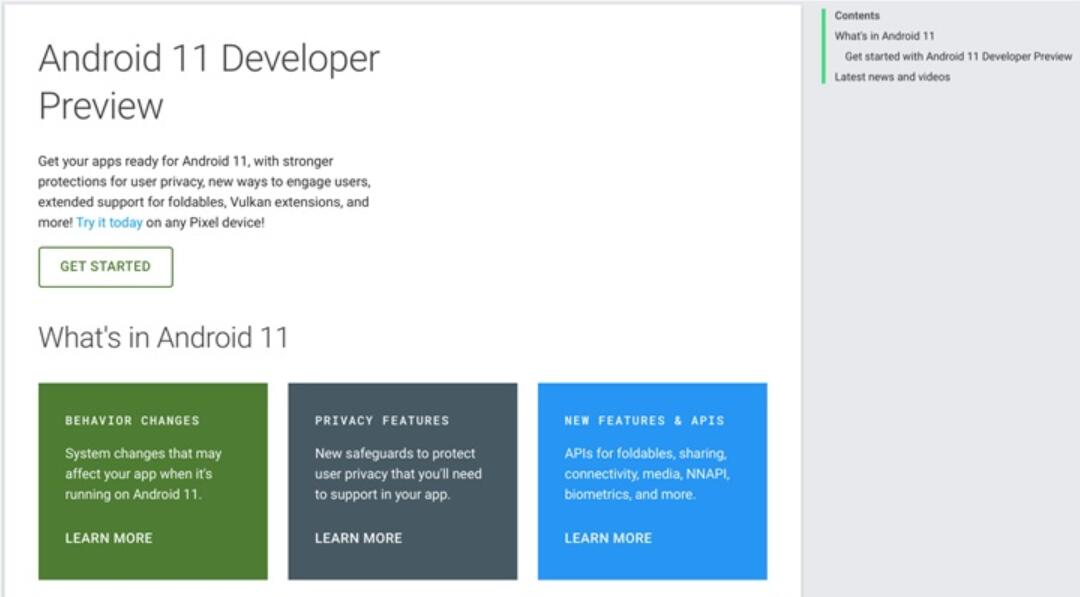 All links on the above page (for example, registering your Pixel in the Android 11 Developer Preview or downloading a factory image to flash to your phone) are not valid, and you cannot enter the page of last year's Beta plan.

What's interesting about this is that Google called it Android 11 "Developer Preview", and Android 10 debuted as "Android Q Beta" last year.

However, the Android 11 developer preview page was quickly deleted. According to the convention, Google Android 11 Developer Preview 1 or Beta 1 will be released in March this year.