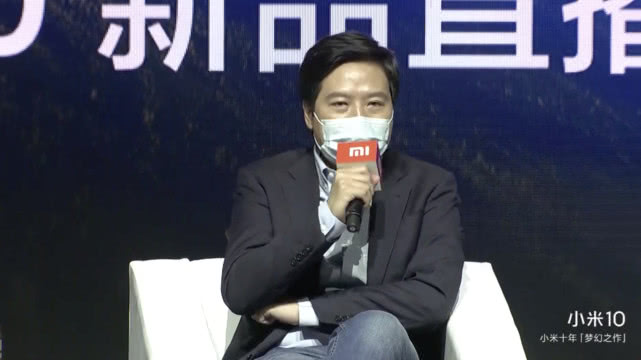 After the event, Lei Jun, chairman and CEO of Xiaomi Group, said in an interview with the media that due to the new coronavirus epidemic, China's smartphone sales will decline in the first quarter of this year but there will be a retaliatory rebound in the second and third quarter.

According to a recent report from Strategy Analytics, if the ongoing epidemic is brought under control in late February or March of this year, Chinese smartphone shipments will fall by 30% in the first quarter .

Lei Jun also mentioned that it was a "difficult" decision to release this year's flagship device with online live streaming. “I was particularly worried that many people would not watch it until half of the live broadcast, but Xiaomi Mi 10 is a decade-long dream. Feeling stressed and excited.”

He said that both upstream and channels hope that Xiaomi will not delay too long, and everyone expects a successful flagship product launch to boost industry confidence, make a good start, and drive demand to drive the overall healthy operation of upstream and downstream.

Lei Jun said that after the Redmi brand became independent last year, its goal is to carry forward Xiaomi's existing advantages and to achieve the ultimate cost performance. The Xiaomi brand is aiming for the high-end market which can be said that it is a re-startup and Xiaomi 10 is the first product of this re-startup of the Xiaomi brand.