UOS gets support from China's most popular antivirus software 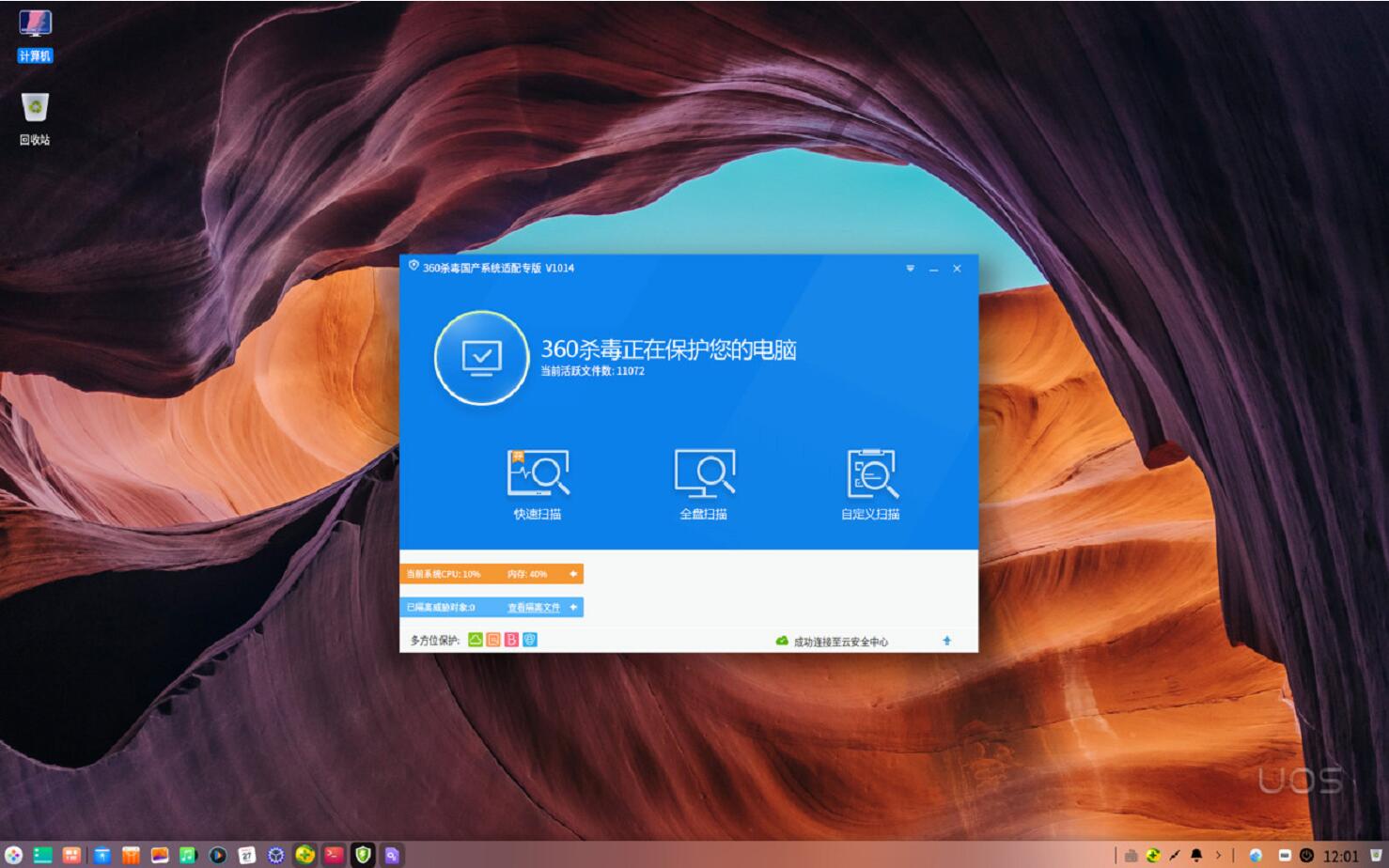 360 Total Security, the most used antivirus software from Qihoo 360, has completed product compatibility and adaptation with the Unity Operating System (UOS), the system's developer Union Tech said on Thursday.

This adaptation is based on CPU platforms including Loongson, Feiteng, Kunpeng, Zhaoxin and Haiguang, Union Tech said, adding it can run stably and efficiently.

The UOS is a Linux kernel-based operating system developed by Union Tech. It has desktop and server versions. It supports notebooks and desktops of Loongson, Feiteng, Zhaoxin, Haiguang, Kunpeng and other chip platforms.

360 Total Security is an anti-virus product with completely independent intellectual property rights produced by Qihoo 360. It achieves the same interface experience on the UOS as the traditional Windows platform.

Since 2012, 360 Total Security has the largest market share in China's PC market, and iResearch's data showed that the market penetration rate is 82%.

It has a total sample of more than 20 billion, which is the largest in the world. The daily record of 80 billion active website visits and 8 billion domain names worldwide can realize all-weather, all-round security and dynamic perception, and monitor and warn of global security threats.