Chris Francica said that, as far as Razr is concerned, it completely subverts the design concept of previous mobile phones. Motorola Razr uses different up and down folding solutions for Huawei mate X and Samsung W20.

In this regard, Chris Francica explained that what we usually call a folding screen is actually called a flexible display, which realizes the combination of upper and lower screens with zero space and zero gap. This is also the core innovative manufacturing concept of Motorola Razr mobile phones. 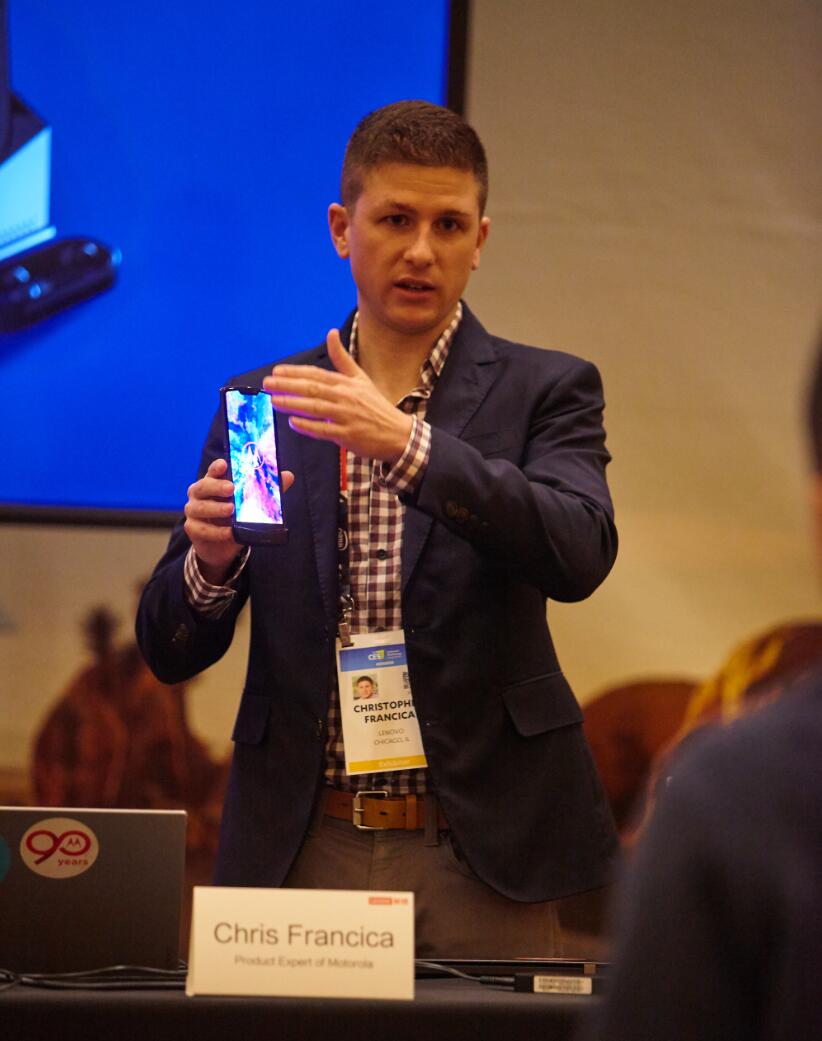 Due to the dual-screen design, after folding, the front display can show common functions, such as sending and receiving emails, text messages, and receiving calls.

After turning on the phone, you can see the commonly used applications, such as taking pictures, music functions, and so on. This is the experience of the Razr dual-screen dual-world, but also the heritage, the iconic ultra-thin design.

Chris Francica mentioned that Moto had an original Razr version. Later when developing a folding screen design, Lenovo did not think it was necessary to create a new Razr, so this is why everyone thinks the name Razr is familiar.

Razr was developed by Lenovo Research, a subsidiary of Lenovo Group, and Motorola's mobile phone department. It lasted 4 years and was the final product direction selected from 26 prototype solutions.

In order to achieve a folding design, Lenovo, through continuous research and development, has finally designed this Razr that is now presented to everyone. "We're not re-launching Razr, we're bringing Moto back to life."

Because of the hinge structure, special design is needed to ensure that the lines of the two parts of the mobile phone can be connected normally, which is a great challenge.

As for the battery, it is necessary to ensure that the two parts of the battery can be used in a balanced manner, so it needs to be optimized accordingly.

Speaking of the domestic launch time of the new machine, Chris Francica said that Lenovo does not have the exact time to share it with everyone.

After the product was officially released in early November last year, consumer demand for this new product is currently very high, so Lenovo needs to ensure that it has sufficient inventory before officially announcing the time to market for this phone.