This year, Deepin OS 15.9 has been updated to 15.11. In the upcoming 2020, Deepin will also launch the V20 version, which will be equipped with smart assistants and Deepin music applications. 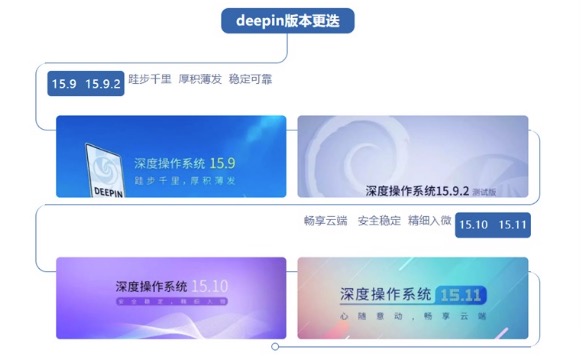 A number of companies engaged in operating system research and development in China have established Union Tech. Deepin Technology said today it is now a wholly-owned subsidiary of Union Tech. At present, Union Tech has successfully developed a new UOS product.

The parties signed the Cooperation Agreement in May 2019 and established a preparatory group. The company focuses on the development and service of basic software such as operating systems. It has set up a headquarters in Beijing and established branches in Shanghai, Guangzhou, Wuhan, Nanjing, Xi'an, Chengdu and other places.

At present, Union Tech has launched extensive and in-depth cooperation with Godson, Feiteng, Shenwei, Kunpeng, Zhaoxin, Haiguang and other manufacturers, and has launched a full range of compatibility Work together to jointly develop and build a new software and hardware technology ecosystem.