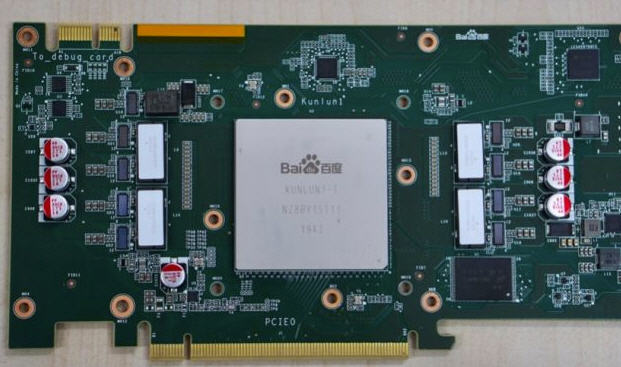 Kunlun AI chip is based on Baidu's self-developed XPU neural processor architecture. It uses Samsung's 2.5D I-Cube packaging process, connects the SoC main chip and two HBM2 high-bandwidth memories through an interposer, and is packaged on a substrate.

It provides up to 512GB / s memory bandwidth and supports PCIe 4.0 x8, which can provide 260TOPS (260 trillion operations per second) computing power at 150W power consumption. The chip is expected to be in mass production early next year.

The China-made Feiteng CPU general server was officially introduced by Inspur Group in 2016. At the new architecture level, Feiteng is a universal computing architecture from the cloud to the end.

At the new technology level, the iteration of the information industry, and underlying technologies such as chips and operating systems, have always been dominated by foreign giants. But each iteration is an opportunity to shuffle. Currently in the era of AI + intelligent cloud, the chip architecture has changed a lot, and many new operating systems have emerged.