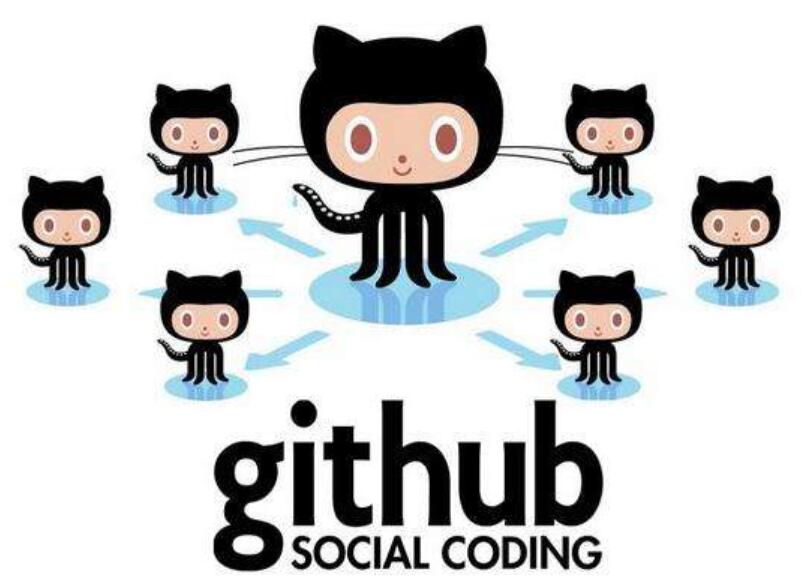 GitHub, the world's largest code hosting platform, is preparing to further embrace the Chinese market. It has been acquired by Microsoft and cannot take the risk of losing its second largest user group. It must act.

According to the Financial Times, Erica Brescia, chief operating officer of GitHub, said that GitHub is considering setting up a subsidiary in China due to concerns about the restrictions of the US government.

This will be done in stages: first set up a wholly-owned subsidiary, starting with hiring a general manager and other employees, and then may explore the possibility of joint ventures and hosting GitHub content in China.

China has also opened its doors to welcome this move. According to reports, GitHub has met with the Ministry of Industry and Information Technology of the People's Republic of China, the Ministry of Public Security and other departments, and all departments hope to keep Chinese users' access to the GitHub repository.

"They see open source as a good way to build on the innovation of others. It also provides a sense of security because it is not subject to any US trade restrictions," Brescia said at a Beijing event. In the past 3 months, she has frequently appeared on GitHub events in Shanghai, Shenzhen, and Beijing to exchange ideas with developers and enterprises.

In 2008, the three founders used a weekend to build a code collaboration platform where technicians can share code and synchronize progress. But this move has forever changed the way people write code.

After 11 years of existence, GitHub itself has become a symbol of open source code: it has $ 350 million in venture capital support, and more than 28 million developers have built 57 million code repositories on it.

Microsoft, which has been shut down for a long time, has accompanied the new CEO Satya Nadella in 2014, and has not hesitated to embrace open source code.

In 2016, Microsoft contributed more than 16,000 projects, becoming the largest contributor on GitHub.

In June 2018, Microsoft simply announced that it had bought GitHub for $ 7.5 billion, meaning that each user was worth more than $ 375.

At the same time it was acquired by Microsoft, GitHub also had more business considerations: Although many features are provided for free, the company also has paid services, from individual developers to enterprise customers.

The Financial Times believes that its shareholders may not want to bear the risk of losing users because of international issues.

For GitHub, paid business-oriented services GitHub Enterprise is the key to revenue growth. The Economist revealed that GitHub mentioned at a recent event that its paid service, GitHub Enterprise, has passed a Chinese government standard called GB18030, which is ready for the subsequent opening of services in China.

Emerging markets that cannot be abandoned

China is quickly entering the open source world, and even for GitHub itself, it cannot abandon the Chinese market.

Even when using GitHub to cross the ocean, Chinese technology companies never hide their love for it. According to statistics from media InfoQ, as of March 2019, Alibaba has 1,243 projects under GitHub's corporate account, Baidu has 746, Tencent has 131, Huawei has 247, Xiaomi has 113, and Meituan has 131 .

Although this is still far from Microsoft, large Chinese companies have begun to embrace open source as a glory.

And GitHub's own report also confirms the surge in the number of users in China. According to the GitHub Octoverse report just released in November 2019, China is the fastest growing country outside the United States to use open source code.

Fork (copied to its own warehouse) and clone (downloaded to local) code growth in the past year 48%.

Chinese users contributed 31% of the code in Asia. Since 2019, 80% of the free private code bases have been created outside the United States, and China has been second only to India.

And Chinese developers worry that smooth access to GitHub may become a luxury. The connection was disconnected in 2013. Even normal access is often affected by the response speed of the server. And increasingly complex international issues are a cloud for this stable service.

According to media reports, Bao Yungang, director of the Advanced Computer System Research Center of the Institute of Computing Technology of the Chinese Academy of Sciences and Secretary-General of the China Open Command Ecology (RISC-V) Alliance, mentioned in the interpretation of the "Open Source Project Risk Analysis and Countermeasures" report: GitHub.com clearly Disclaimer that information on GitHub.com, GitHub Enterprise Server, and both are export controlled.

This means that GitHub may interrupt services to Chinese users in response to a US government request.

Obviously, if developers (especially business users) are concerned that the service may be interrupted at any time, they are not assured to host more code on GitHub and pay for it. This is probably the most unacceptable on GitHub.

Back in 2010, Tom Preston-Werner, the founder of GitHub, clearly realized that the most important reason for the increase in revenue was that more companies and organizations were willing to use GitHub, and GitHub Enterprise, a paid service, came into being. Infiltrating the company to expand revenue has since become one of the company's goals.

By 2015, due to fierce competition with Bitbucket and GitLab, user growth began to slow down, and personal fee services revenue stagnated, while corporate fee services tripled in two years, accounting for 35% of total revenue.

By 2017, according to CNBC, GitHub expects annual revenue to exceed $ 200 million, of which $ 110 million comes from B-side enterprise service revenue.

In the Japanese market, GitHub had its first overseas office. Since then, many companies, including Hitachi Systems and the Japanese media group CyberAgent, have become the first customers of GitHub in Japan. Setting up a server in China to provide more stable services will also help GitHub to replicate the success of the Japanese market.

When acquired by Microsoft in June 2018, GitHub talked about its vision in the announcement: "GitHub needs to continue to be a platform that is open to all developers. No matter what language you speak and what platform you come from, GitHub will always be yours Home-the best place for software creation, collaboration and discovery. "

However, the spirit of GitHub, which carries the banner of open source and freedom, was challenged in July 2019. At the time, an Iranian developer discovered that GitHub blocked all Iranian accounts without prior notice, and users in Iraq, Cuba, and the Crimea region were similarly banned.

In response to this, GitHub said, "Under GitHub's Terms of Service, users can only access and use GitHub.com in accordance with applicable laws, including U.S. export control and sanctions laws." And GitHub Enterprise Server must not be sold, exported, or re-exported to the list. s country. At the same time, GitHub also said it would lobby US regulators to prevent expanded export controls.

This has caused a strong counterattack by technical workers who believe in "open source without borders". Redux author Dan Abramov tweeted: "When the United States decided to sanction Russia, I hope Github can block me."

Other comments said, "I think programmers in other parts of the United States should gradually stay away from American technology. And services, 95% of the world ’s programmers are controlled by 5% of politicians. ”

With regard to open source, what we really want to do is bring the best experts together, and we should not touch on other issues. "

In November 2019, GitLab, the world's second largest code hosting platform, also fell into politics: announcing that it will stop hiring people who live in China and Russia as network reliability engineers and support positions, and ban employees from these positions from moving to China or Russia. This platform hosts code from IBM, Sony, Boeing, Oracle and many other tech giants.

Corresponding to this is the voice of Chinese companies on the other side of the ocean "escape from the US platform."

The foundation will be operational as soon as one or two months. "He said," Open source is a model that everyone can no longer forget about it. If China does not have its own open source community to maintain and manage these codes, all our software industries in China will be very dangerous. "

The changes in the open source community have drawn attention from outsiders, largely due to concerns about the "fragmentation" of the Internet world. Sir Tim Berners-Lee, the father of the World Wide Web, has not shouted about it in recent years.

In November 2019, he published a Contract for the Web, calling on governments, companies, and individuals to repair the Internet.

He wrote that, such as Wikipedia, the world of open source software, "are all constructive tools I hope to be born from the Internet."

"We are at a turning point. How we respond to this kind of abuse of the Internet will determine whether the Internet can Realizing its potential as a global public welfare force, still brings us into a digital dystopian world. "" All of us should take up the Internet contract and fight for the Internet we expect.”