Apple has told suppliers to increase their production the iPhone 11 by up to 10%, or 8 million units, following better-than-expected demand worldwide, the Nikkei Asian Review reported.

The increased order is between 7 million and 8 million units which is equivalent to total annual phone shipments this year by Google, a rising iPhone rival in Apple's home U.S. market. 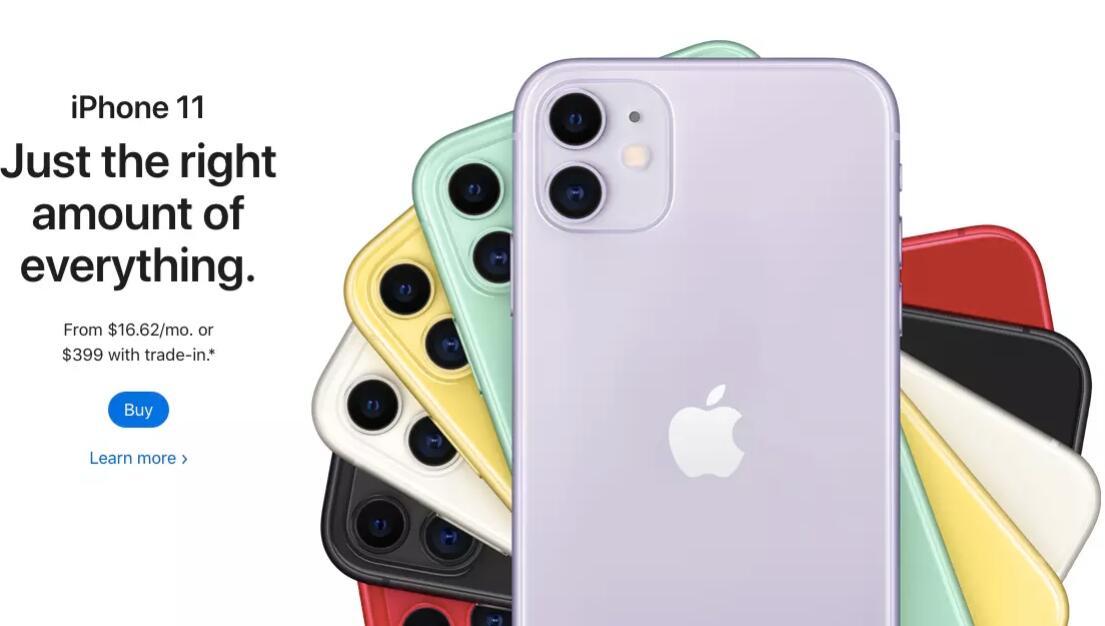 "This autumn is so far much busier than we expected," one source with direct knowledge of the situation tole Nikkei . "Previously, Apple was quite conservative about placing orders," which were less than for last year's new iPhone. "After the increase, prepared production volume for the iPhone 11 series will be higher compared to last year," the source said.

Apple launched its three new iPhone models -- the iPhone 11, 11 Pro, and 11 Pro Max -- in early September, and for the first time in its history reduced the starting price of the model upgrade, despite better cameras, to $699, compared to $749 for last year's iPhone XR.

Apple's new budget-conscious strategy came as the global smartphone market is expected to shrink overall for the third year running, according to research company IDC. In January, Apple CEO Tim Cook acknowledged that "price is a factor" behind Apple's slowing sales, especially in emerging markets.

The recent surge in iPhone orders is concentrated in the cheapest iPhone 11 model and the iPhone 11 Pro model, sources said, while Apple has slightly revised down orders for its top of the range model, the iPhone 11 Pro Max, which has a starting price of $1,099.

It appears to validate Cook's new strategy of enticing budget-conscious consumers with cheaper models amid the weakening world economy.

Apple CEO Tim Cook recently told German newspaper Bild that he could not be happier with the iPhone 11 launch and that its sales had enjoyed a "very strong start." Apple's share price has advanced nearly 40% this year and is now close to its October 2018 record high.

Nonetheless, suppliers remain cautious and said they were concerned that the higher level of orders would not be sustained.

"Demand is good for now. But we have to be careful not to be too optimistic," one executive-level source told the Nikkei. "I hope that this year's peak season lasts longer than last year."